I am in England at the moment and, in my opinion, there is really only ONE positive thing about Brexit and that is that the newspapers always have something to write about. lt doesn´t matter which one you buy, there are pages and pages written about this madness when Britain leaves the European Union, and you can tell, just by reading the headline, if the newspaper is for or against Brexit. Unlike two years ago, just before the referendum, when hardly anything was written about the consequences of such an enormous decision.

lt really was because of what tabloids had written about Britain taking control of its future and its borders, that just over half of the population decided that it would be a good idea to break away from the other 27 member states and to go it alone. Not to mention the red double decker bus, the very symbol of Britain, which was organized by the leader of UKIP, Nigel Farage, and the former Foreign Minister, Boris Johnson. The bus drove up and down the country with the words "We send the EU £ 350 Million a week. Let´s fund out NHS instead - Vote Leave", written on the side. The British people, who had received no information about what they were really voting for, chose to vote "leave". I wonder what this is going to look like in our history books, in a hundred years time. Future generations will have difficulty believing that such an important decision was made, based on a lot of lies, but that is also history.

So, unless a miracle happens, on 29 March, 2019, Britain will exit the European Union and try to go it alone. The idea makes me shudder as many British citizens, including myself, have no idea how this will work out. There are still so many questions that need to be answered, before this happens. I keep thinking that if only this were an April Fools´ joke, admittedly a brilliant one, and on 1 April, 2019, just days after Brexit takes place, the government would tell us that it´s not going to happen. At the moment it still feels like a disaster waiting to happen, as politicians fight amongst themselves and the Prime Minister, Theresa May, tries to make a deal with the EU. Already fifty members of her own Tory party, who are all Brexiteers, want to oust the prime minister as they don´t believe that she can get the best deal for Britain when we do eventually leave. But how could she ? Theresa May voted to remain in the EU and now she is expected to fight for something she doesn´t even believe in.

I am sure that Britain has become the laughing stock of Europe as the former foreign secretary, Boris Johnson, tells the world that Mrs. May´s handling of the Brexit negotiations "is like wrapping a suicide belt around Britain and giving Brussels the detonator". Boris wants to become the next British prime minister but constantly makes the wrong decisions for a country that is starting to lose the "Great" in Great Britain. Over 700,000 people have now signed a petition to enable them to vote again, not to leave or remain in the EU, that ship has already sailed, but to have their say on the final deal. Even though I am not allowed to vote, as I have been living out of the UK for more than fifteen years, I have signed the petition. But will it make any difference ? The negotiations have cost a fortune up to now, in lawyers and translators, and the "divorce bill", which is the sum of money demanded by the European Union from the United Kingdom as it leaves the EU, is estimated at between £ 36 and £ 50 billion (€ 40 − € 54 billion). As I speak to my friends and relatives, here in England, Brexit is not only dividing the country, but families too. 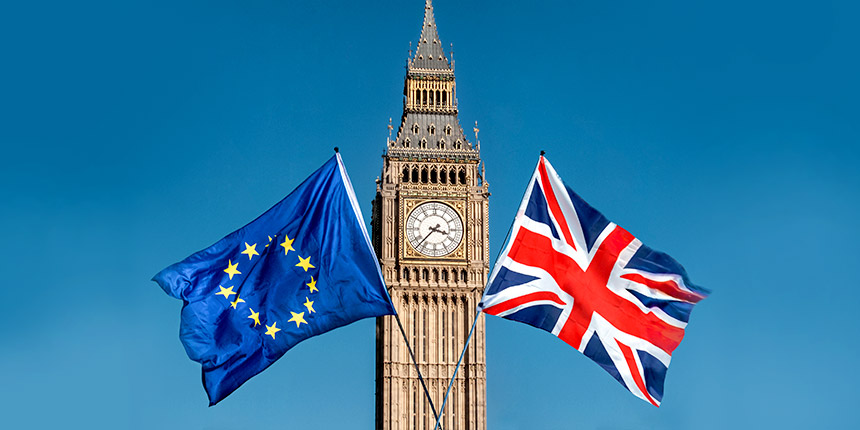 
in my opinion
meiner Meinung nach


not to mention
ganz zu schweigen